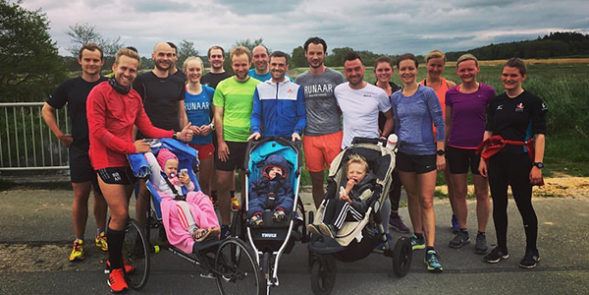 Mikkel lives in Aarhus, where he works as a developer representative and runs in the running community RUNAAR. He got interested in running in 2011, where his friend by accident got him out on a 10 km long run because they got lost. Since then he started loving running alone or accompanied by others. He has completed several half marathons as well as marathons. When running alone he enjoys listening to music, following the rhythm and clearing his head. RUNAAR gives him a different kind of energy, because, as he told us, he loves to get together with other runners, listen to their stories, see their smiles and feel the atmosphere.

When Mikkel is running after nightfall, he finds it very important to feel safe – So much in fact, that he – in two cases – has given his safety lights and reflectors to other runners, that he met without any light in the darkness.