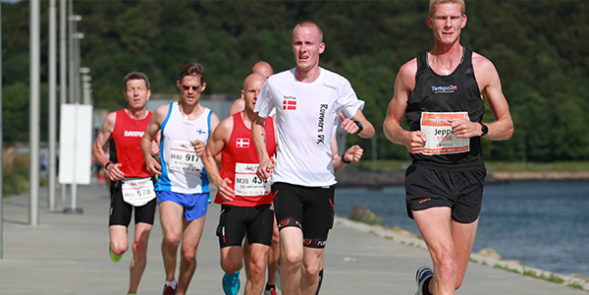 Steffen is a runner and a triathlete. He lives in Noerresundby Denmark, and works as a carpenter –also, he is the co-founder of the biggest running community in Denmark, Runners DK. The passion for running started when he – because of an injury – had to put a stop to his football career. First, the goal was to run 5 km, but after a couple of years of intense training and a lot of competitions, the goal is now to run a half marathon sub (under) 1:15. In comparison to the fast runs on asphalt, Steffen also likes to run in the woods, because as he says: “As much as I love to burn the soles of my ON running shoes when running on asphalt as much do I love running and getting dirty in the woods”! As an ambassador, Steffen can contribute in spreading the message about visibility and safety in his running- and triathlete milieus as also among the Runners DK runners.