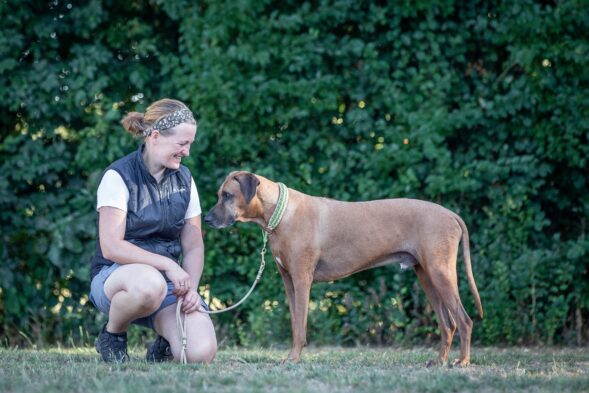 Karina has Foenix (Phoenix), an older male Rhodesian Ridgeback. Foenix has through time done a lot different dog sports and he has won as many titles, as most people wouldn’t even dare to dream of.

Amongst a lot of other things he is Danish and German dog show champion, German veteran champion in dog show, Rally Super Champion and in nosework he won the “Gold title” in Denmark. On top of that he has participated in search and rescue examinations in both Denmark and Norway.

Even though he is an older dog, he isn’t retired yet. Karina and Foenix still participate in rally (senior class), and Foeniks is also Karina’s active partner in her coach education, which she is going through right now.

Despite all the successes, Foenix is of course first and foremost a beloves member of the family joins them for walks, hikes and during hunts.

Karina herself is a veterinary assistant in a veterinary clinic, where she is also taking care of the dog training. 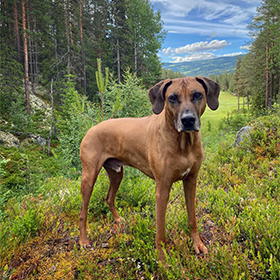