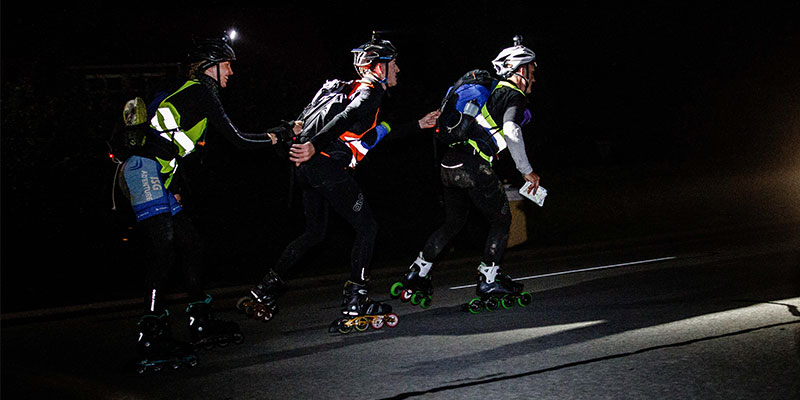 Team Outdoor Roedovre is a team that consists of different people that practice an extreme sport called Adventure Race. Adventure Race is a sport where people are running, driving on an MTB, kayaking and rollerblading while they at the same time have to keep their orientation on their way.

Team Outdoor Roedovre is a Danish Team with 12 years of experience. The team consists of 4 members – Lars Bukkehave, Josephine Dewett, Jonas Nordstrom, and Erling Madsen. All the members contribute with different qualifications and have different ambitions. This makes them a strong team.

Team Outdoor Roedovre is focusing on international expeditions and stage races. Also, the team loves to race in Denmark and to participate in the Danish DARU Cup.

Furthermore, the team is responsible for the Silva Kong Vinter Race, an annual winter adventure race that takes place on the 13th of January 2018, where Orbiloc also will be participating. For more information visit www.kongvinter.dk.

Who are the members?

Josephine Dewett is the only girl on the team. She functions as the navigator when moving on foot because she is very talented with a map and a compass in her hand. Josephine has practiced adventure race for 2 years and has already won several Danish adventure race competitions. She is also a member of the orientation club PAN Aarhus elite and has run in countries like Sweden and Finland. Furthermore, she is a passionate trail runner and has won the KangNu-Running-Race in Greenland.

Jonas Nordstrom is the energizer of the team as he has years of experience with hard training. For several years he has participated in pentathlons, triathlons, Xterra races and orienteering races. Accompanied by Lars, he has also practiced adventure race for many years. He and Lars have together won the Viking Raid stage race in Spain.

Erling Madsen has already been practicing Adventure Race for many years. A couple of years ago, he chose to go in a different direction when he started focusing on the Cross Duathlon sport. Cross Duathlon is a sport where you continually switch between running and bicycling on an MTB. Now Erling once again is focusing on the Adventure Race sport, which is why he is a member of Team Outdoor Roedovre.

The last member Lars Bukkehave is the most experienced of them all. He has participated in races in different countries like Alaska, South Africa, and Abu Dhabi. Lars has participated in 8 World Series and 4 European Championships. On the team, he functions as the captain and navigator, when mountain biking and kayaking. 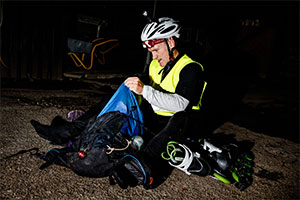 Together with his team members, Lars has tested the Orbiloc Safety Light for us when training and says:

“We have used the Orbiloc Safety Lights for three months and they still function. They have been tested when kayaking, rollerblading, running, swimming, MTB, climbing, and skiing. We have tested the light over and under water and in temperatures from 15 degrees Celsius to -5 degrees Celsius. I’ve mounted the red lamp on my backpack, which is perfect for running and skating.”